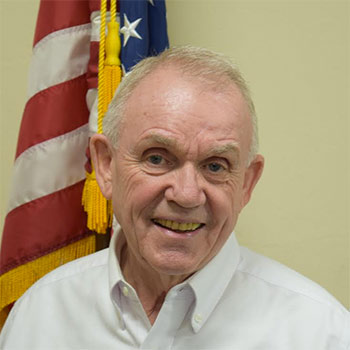 Since entering clergy service in 1963, Chaplain Jack Strom has served as a pastor and educator (most recently as President of a church college in North Dakota). He has also been effective as a Strategic Initiative Planner for churches and para-church organizations across the nation. Serving as a mentor and a Life Coach has also become a key part of Chaplain Jack's identity.

In his various roles of service, Chaplain Jack has faced many challenges in his leadership assignments. This has often been through crises management in the organizations he was called to assist. It has caused him to focus on the needs of the community and especially the crises in the individual lives of the people who most directly were affected. This motivated Chaplain Jack to seek additional education to enable him to be more effective as a counselor to those in these crisis situations who needed Pastoral Counseling.

Upon completion of his education for professional ministry as a clergy serving the church, Chaplain Jack quickly became aware of the importance of also serving the community wherever his church work was centered. As a result Chaplain Jack, or just plain "Jack" as he prefers to be called, realized that Sunday services in a church building was a very small part of what was important in fulfilling his life purpose.

As part of his life’s work to serve the community, Chaplain Jack has been proudly serving the Greater Naples Fire Rescue District as the Fire District Chaplain since December 2015.